(Cefalù Under the lockdown – Part 2)

By the beginning of June 2020, most of Sicily’s COVID-19 travel restrictions were easing. Optimism was in the air and in Cefalù the weather was perfect. Summer had arrived and business was picking up. Sicily was re-opening to visitors from Italy’s mainland.

La Rocca was open for climbing. It’s more of an uphill walk than a climb. The summit is 250 metres above sea level. The first part, the path to the 150 metre level, is fairly easy and paved with steps, but the final 100 metres to the top is more challenging. There the path is narrow and rubbly, so you need to be confident about your balance and wear proper walking shoes. On the way up the mountain and at the top you’ll pass the remains of medieval fortifications. On three sides of La Rocca the slopes are so sheer they are better described as cliffs. There’s really only one pathway to go up – which is why La Rocca is such a natural fortress and why it’s been used as one for the 4 – 5,000 years since people first arrived here.

On a clear day – which In June seemed like practically every day – the views from the top are sensational. The vista of the calm and azure Mediterranean Sea next to Cefalù’s terracotta roofs and white walls is beyond beautiful.

One thing I did not expect to see in Sicily was water bombers fighting fires. But climate change has increasingly brought drier conditions to the island, and in some places the hilly topography makes conventional firefighting very difficult. One day I was surprised to see a fire burning out of control on one of the high hills next to the town. Within a short time, not one but two aerial water bombers arrived, making repeated “drops” on the flames. Some of these drops involved impressive and skilful flying, avoiding power lines while diving close to the slopes. After each drop they refilled their tanks with seawater – making low flying scoops a few hundred metres from the swimmers on the beach. I lost count of how many runs they did, but the water bombers persisted until the fire was completely extinguished.

My own flying was more modest – I was learning how to fly a new drone I’d bought to replace the Mavic Mini I’d crashed. The new drone – the Mavic Air 2 – is more capable, comes with a better camera, obstacle avoidance sensors (very important!), and the ability to track moving objects. It was fun to fly it in such a beautiful place. You can see some footage in the video…

Back in February our plan had been to spend 4 – 6 weeks in Sicily. But because of the COVID-19 pandemic, it was 5 months before we could leave, most of it spent in lockdown. When the lockdown struck we happened to be in Cefalù. It was quite scary at the time – especially because nobody knew what was going to happen and we were outsiders who couldn’t speak Italian – but as the lockdown progressed a sense of kinship developed in the town. By the time the lockdown began to ease we’d become very fond of Cefalù and the generosity of its people.

The town will always have a special place in our hearts.

Read Part 1 – Cefalù Under the lockdown 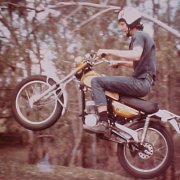 Flying in the EU during the pandemic