Blog - Latest News
You are here: Home1 / Ancient but Interesting2 / Chinchilla Motorcycles in the 1970’s

Here’s a time capsule from country Queensland in the early 1970’s.

Shot on an 8mm camera, it captures an aspect of country life that’s rarely been documented:- what young men used to do on the weekends with their motorcycles.

No leather jackets, just overalls. This was nothing like Marlon Brando in the Wild One.

Instead, we were much more interested in dirt bikes, and the dirt bike of choice at that time was the Yamaha AT1. First introduced in 1969, this 125cc bike had a single cylinder 2-stroke engine, universal tires, an electric starter and an enduro frame like it’s larger sibling in the DT series. It was very much at home anywhere off-road, but was also capable of speeds of up to 100Km/hr – which was plenty fast enough for the country roads of those days.

(These Yamaha designs were pretty much at the cutting edge of off-road bikes at that time. For want of a better term we called them scamblers. The DT series was so successful that it remained in production for over 30 years).

I didn’t own a Yamaha AT, but I did have an 8mm film camera and since my street bike couldn’t keep up with the Yammies off-road, I used my camera to capture some of the fun we were having on two wheels.

It was never meant to become a historical record, but here we are 50 years later. History is what happens while you’re busy making other plans…

The main riders on-camera are Ian O’Keefe, Glen Davis and Peter Jones. Most of the footage was shot near Chinchillaand Hopeland in Qld. 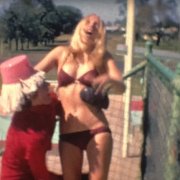 Ian Allen One Day at the Pool 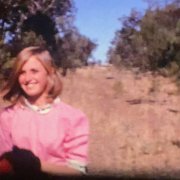 Ian Allen The Good, the Bad and the Innocent One Day at the Pool