Blog - Latest News
You are here: Home1 / Ancient but Interesting2 / Life after television – video on demand

In 1995, when Pay-TV was just beginning its roll-out in Australia, I produced this report for ABC Science on a very different vision of the future for television. It predicted pay-TV had no long term future and that video on demand would be the killer tech – all this 12 years before Netflix began streaming.

In that year, in an effort to prepare for the digital revolution, US cable giant Time-Warner was in the process of connecting 4,000 homes in Orlando, Florida, to what they were calling the “Full Service Network“. The trial was to test interactive television and full video-on-demand.

The only catch was that the service was a kind of ‘walled-garden’. Time Warner owned everything:- the computers, the set-top boxes and the optical fibre. Subscribers could access Time Warner content, but nothing else.

At the time, technology evangelist George Gilder thought that Time Warner’s approach was mistaken because it was attempting to extend the life of television as we then knew it. He thought TV was dead because it represented a top-down, master-slave, centralised technology whose day was done. The future, he said, lay in embracing the power of the computer and the internet.

This would enable “one channel that you control, to which you can summon any program, movie, interactive, image, document, book or newspaper from anywhere in the world… That kind of technology is always going to prevail over the idiot box”.

Although Time Warner’s trial concluded in 1997, the consumer appeal of video on demand never went away. Today we call it IPTV (and you’ll be using it if you watch this clip)!

While the decline of television in its old form is now well underway, a host of streaming services are offering consumers the choice of what ,where and when to watch video. In fact there are now so many IPTV services, pundits say we are already into the “streaming wars”. Can they all survive? (Time-Warner didn’t). 15 years before the iPad 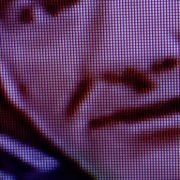 The decline of television
0 replies

The Evolution of Artificial Intelligence
Scroll to top