A short story about the frustrations of youth unemployment in the 1970’s. The film’s underlying issue still resonates, decades later.

Rob arrives in Sydney in pursuit of his dream to ride a Desmo Ducati in the Castrol 6 hour motorcycle race. It’s a bike he thinks has the handling to beat the highly favoured and more powerful Kawasaki’s.  If he could get to ride one in this race, a win would open up a career for him as a professional racer.

But Rob has no money and no job, and finds himself couch surfing with friends. Dependent on their goodwill and generosity until his first unemployment cheque arrives. He’s struck in the doldrums of youth unemployment.

I wrote and directed Doledrums as a second year project while at the Australian Film Television and Radio School in 1976. The film has cameo appearances by Sigrid Thornton and Inez Baranay. 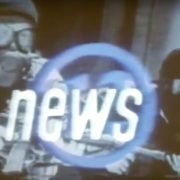 The Voice of the People
0 replies

The Voice of the People
Scroll to top